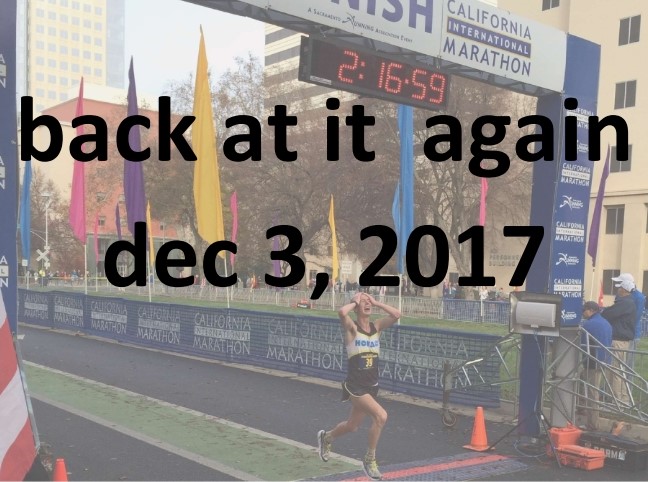 With my first race approaching this weekend, I’m excited to announce my full Fall 2017 racing calendar. Without further ado:

Coincidentally, I’ve actually competed at all of the events at which I’m racing this year (though sometimes at different distances).

Next, I’ll head back to Albany, New York where, in 2016, I broke a 20-year-old course record and set a new marathon personal best of 2’15’52. This year, I’ll be running the half marathon instead, but I’ll be looking to run fast and see if I can notch another course record (65’48) under my belt.

I’ll then have a big block of uninterrupted training time before finally racing at the Alexandria Turkey Trot 5-Miler, the most competitive of the DC area races, on Thanksgiving (in 2015, I was 4th in 24’28). This race is 10 days before my target race at CIM and I love to run a short tuneup right around this time.

Finally, I’ll head to Sacramento where I’ll compete for the second time in the California International Marathon. This race holds special significance for me as it was where I ran my first Olympic Marathon Trials qualifying time (in 2014 where I was 9th in 2’16’59). This year, I’ll be returning to what will likely be an extraordinarily deep race thanks to its being the site of the USATF Marathon National Championships. I’ll be looking to race well in this ultra-competitive domestic field and also trying to run a new PR on the fast CIM course, with the target of the Olympic Trials “A” Standard (2’15’00).

So, while these will be familiar races, I’ll be looking to do something new at each one: run faster, place higher, compete stronger. I’m coming off my strongest summer ever and can’t wait to see what this fall brings.

Ty is a professional distance runner for HOKA ONE ONE Elite and STRIVE Trips.

Ty's story is unique. Relying on grit and motivation as opposed to obvious, early talent, Ty's journey has been gradual but consistent.

Follow Ty's blog and social media for continuous updates throughout this ongoing journey.